Leek Greens, Or Waste Not Want Not

I've mentioned before on this blog that my husband is a vegetarian, so over the years I've learned a bit about cooking without meat. And I've found that one thing that helps me to make a very flavorful meatless gravy for his holiday mashed potatoes are the tough leek greens that might otherwise get tossed right out into the compost pile. Well, that is where they eventually end up, but not before I've made a flavorful broth from them. 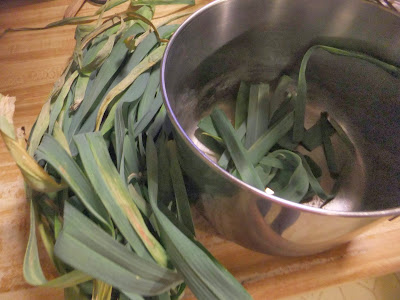 All I do is cut up the green stems into pieces and stew them with water for about two hours. Sometimes I let them sit overnight in the fridge afterwards. Then just strain the liquid out and voila, a nice golden broth that I will freeze for now and use later as a base for gravy or soup. With some added spices and salt it makes a meatless gravy that has some real depth of flavor to it and I feel like I've wasted a lot less of those nice leeks I grew! 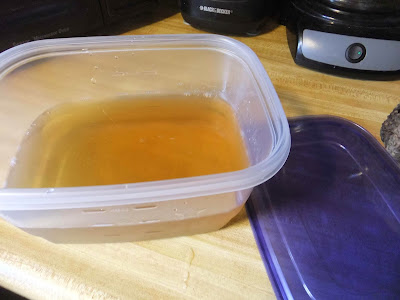 Posted by nutmeg gardener at 10:37 AM